We spent an extra day in CO after Paul's wedding to do a little more vacationing. We ended up at Seven Falls in Colorado Springs. It's a serious of seven mini falls and you can walk all the way to the top if you are willing to climb all 224 steps. 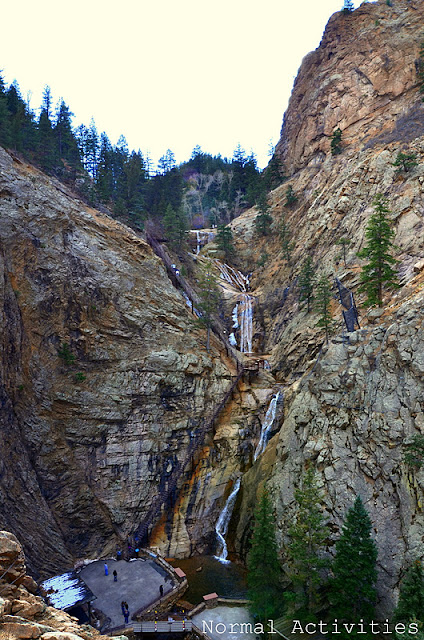 I had to google how many steps there were b/c I forgot to take note while we were actually climbing them and I expected my search to come back with a more substantial number... maybe 983 would have been good? Instead I feell a little wimpy saying I was dizzy and out of breath just climbing 224 steps, but in my defense they were straight up in a higher altitude than I'm used to :)
I know, excuses excuses. 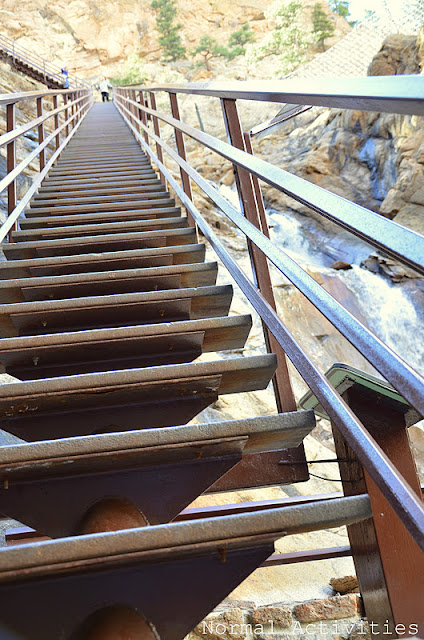 Here's the boys at the first lookout looking out over the other lookouts - did I mention this was a tourist trap spot?! 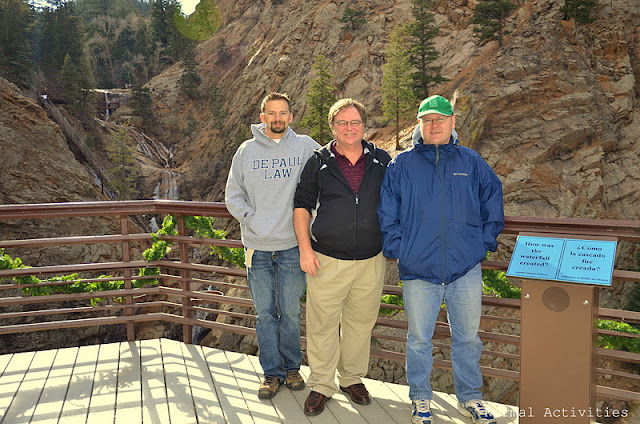 Me & Kevin before we were too winded. haha! 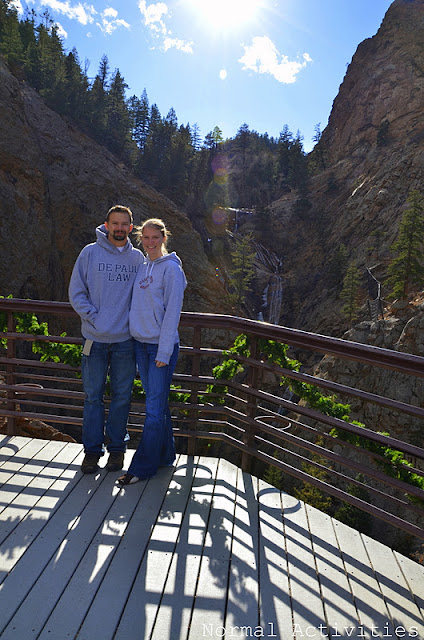 One of the seven mini falls 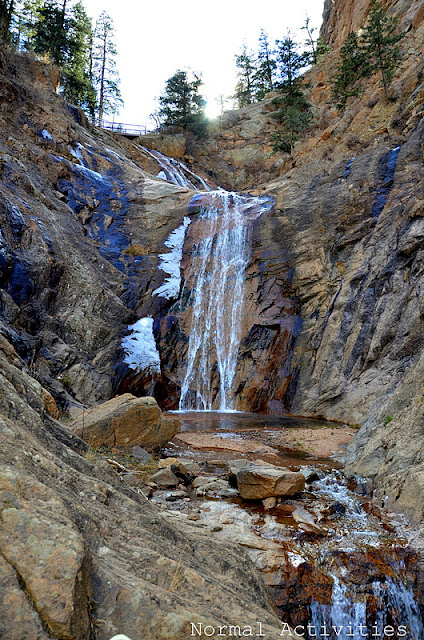 Going down was soo much easier than going up! 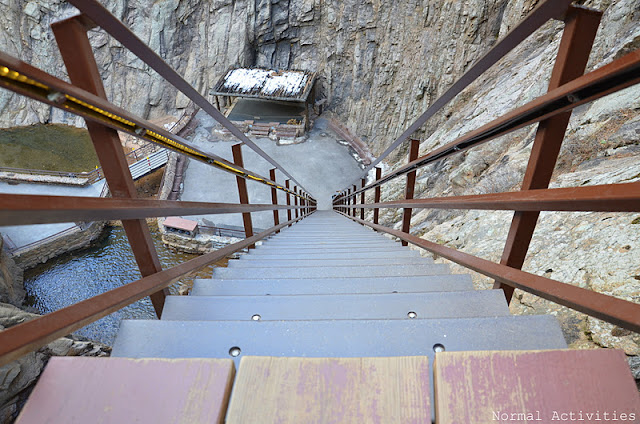 Kevin apperently didn't have the same childhood trama which led to my hatred of doing stairs for exercise purposes so he wasn't really winded and was always waiting for us to catch up at the next lookout. 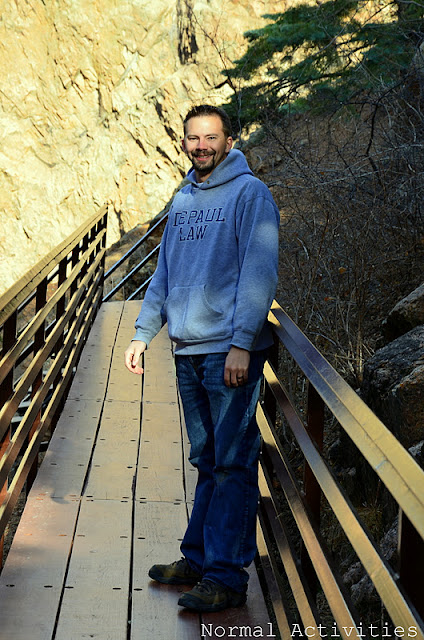 It sure was a beautiful day! 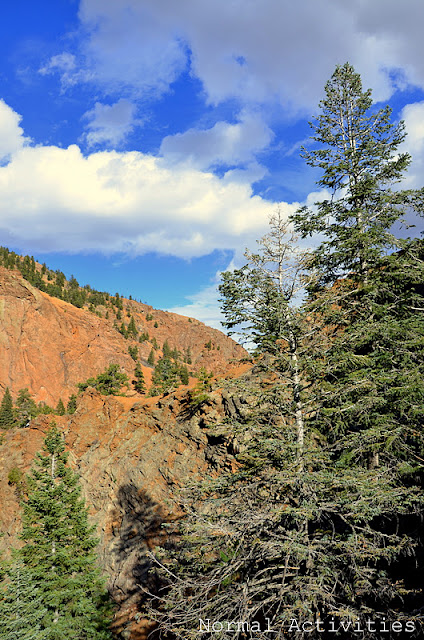 The clouds were just spectacular! 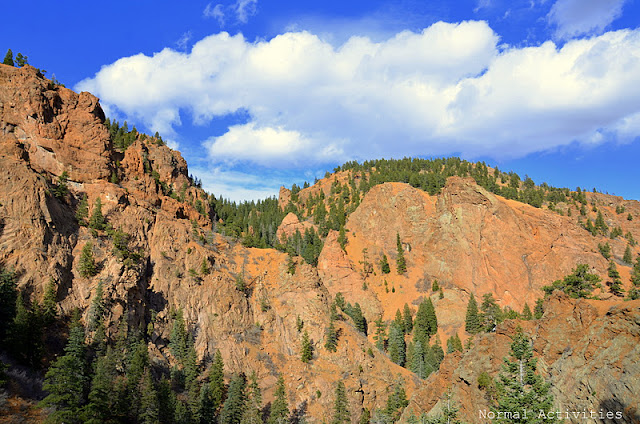 We even saw several dear, this one was right ouside my car window! 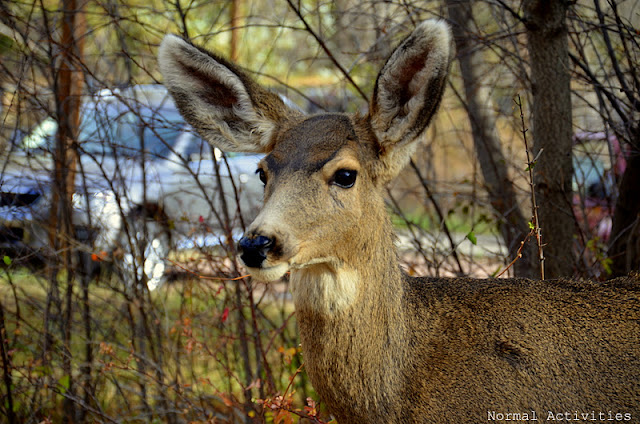