So Kevin and I, at the exact same moment, spotted a sign on route 9, just East of Veterans Parkway, that said "twin groves wind farm observation point ahead". Again, at the exact same moment, we turned to each other say "we should check that out!" A few days later, we packed a picnic lunch and followed the signs.
I'm not gonna lie, we were both hopping for a "taller" observation point, but it was still an interesting trip and pretty drive for a Sunday afternoon (it was about 10 minutes East of town).
It's hard to tell from this angle, but the walkway is the exact radius measurement of a tower and there is a sidewalk that comes off on the left that is the measurements of a blade... and they were both very large! 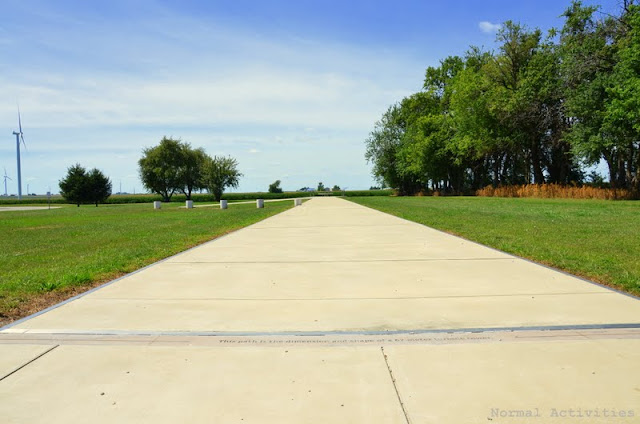 Here's a little closer view of the "observation point" 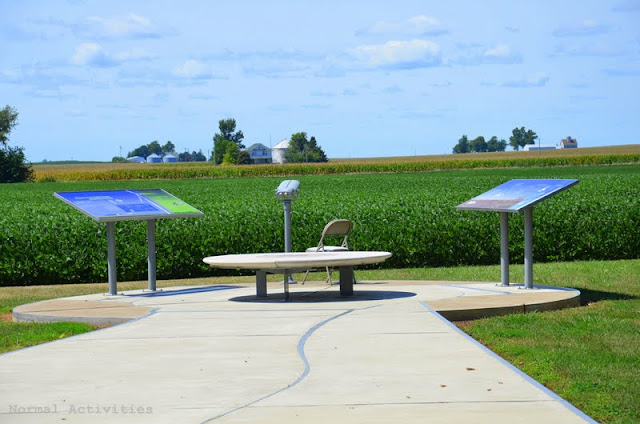 Here's all the locations of the Twin Groves Farm wind mills. There are over 200! 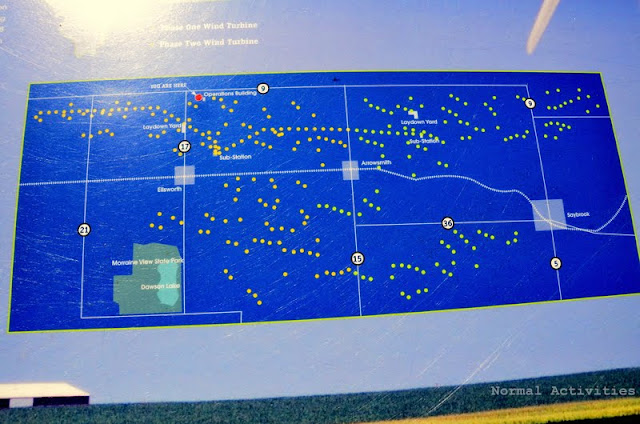 Kevin was getting a closer look at a wind mill, specifically the rotor, which weighs 42.5 tons!!! 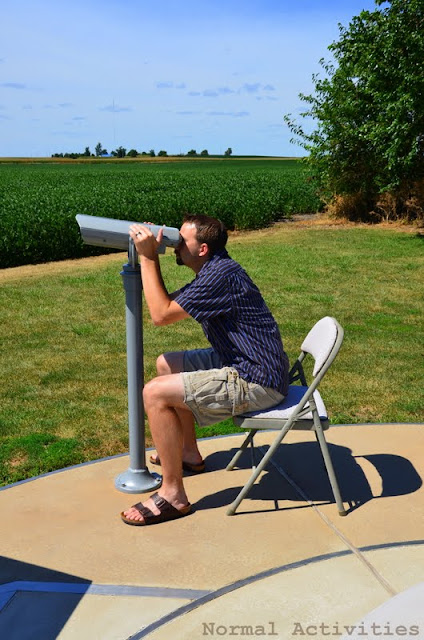 Here's our view from the "observation point" 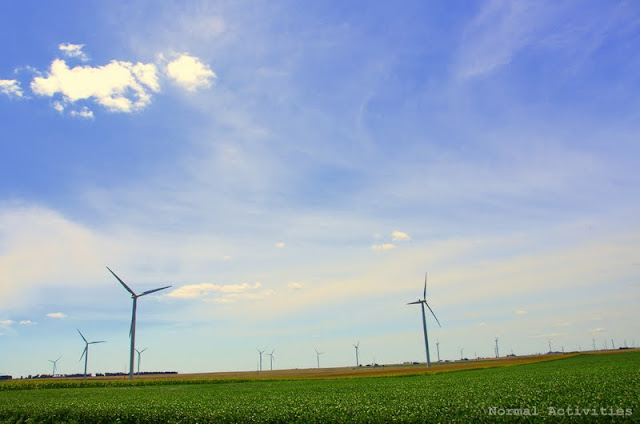 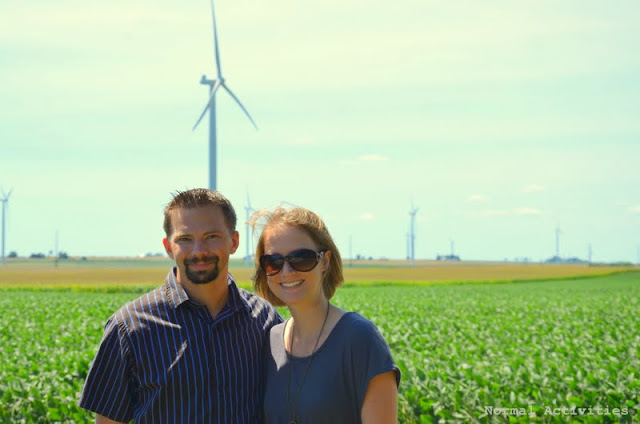 It was such a beautiful day and we're glad we got out and enjoyed it!
Posted by -Abby at 5:32 AM