FYI: this is a happy-sad-happy story.

Last year we inherited a piano from Kevin's grandma. I was sooo excited! I took piano lesson growing up and even though I'm not really that good, playing the piano is very calming to me. Lots of times I even sing along (again, I'm not that good it's just fun to do)! Kevin even says he likes to hear me play/sing! One more time... he doesn't like it because I'm good, but rather that I'm having fun :)

Well, I was so excited about getting the piano that I decided our basement was going to need a face lift just to get prettied up for the piano. 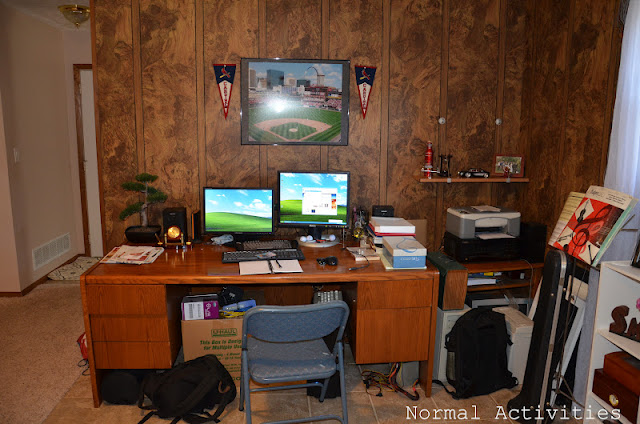 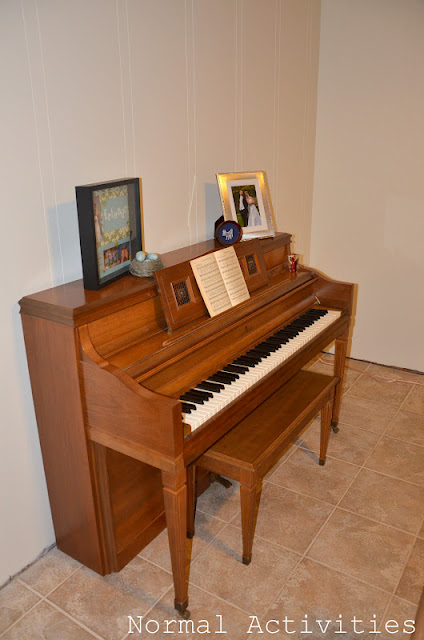 but I did say there was sadness in the middle of this happy sandwich story and here it comes:

When the piano tuner came he discovered a crack in the bridge of the piano and said that the piano would not be able to hold a tune for more than a very short period of time. We called several piano repair shops and they told us that it would cost upwards of $1,000 to fix and that was more than the piano was worth. The repair shops didn't even want the piano for free so then we knew it was a dire situation. After several months of looking for someone who wanted a free piano in this condition and learning the city would charge $80 if we simply took it to the dump, we decided it was time to see what the insides of a paino look like, or rather

To make the best of the situation we Kevin took apart the piano piece by piece to salvage the cast iron & metal pieces and to enjoy this rare chance to take something so intricate apart that didn't need to get put back together. 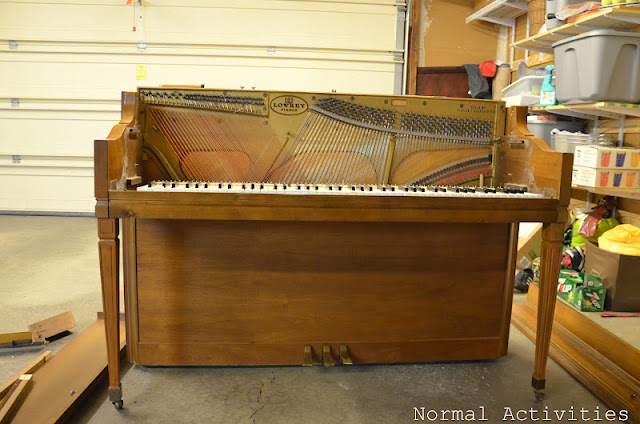 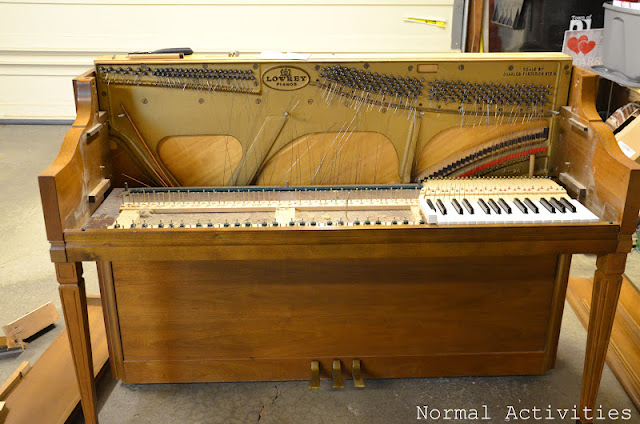 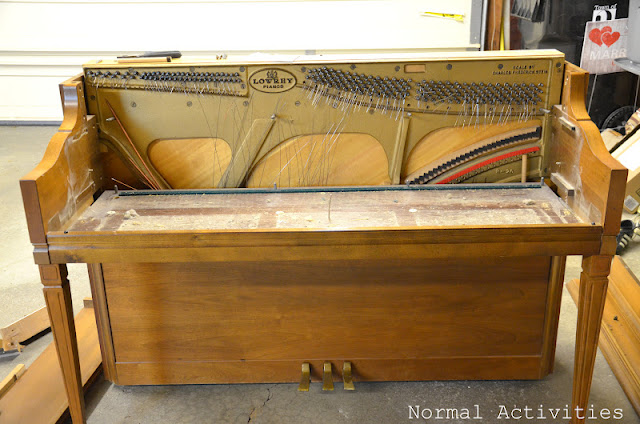 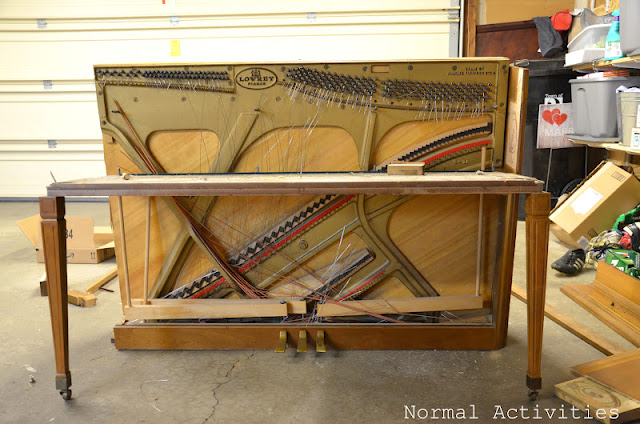 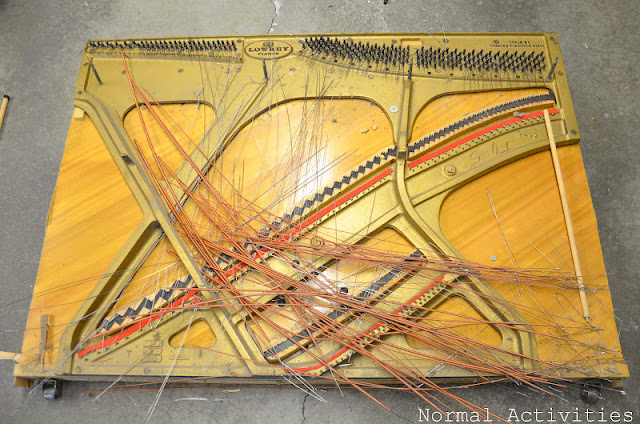 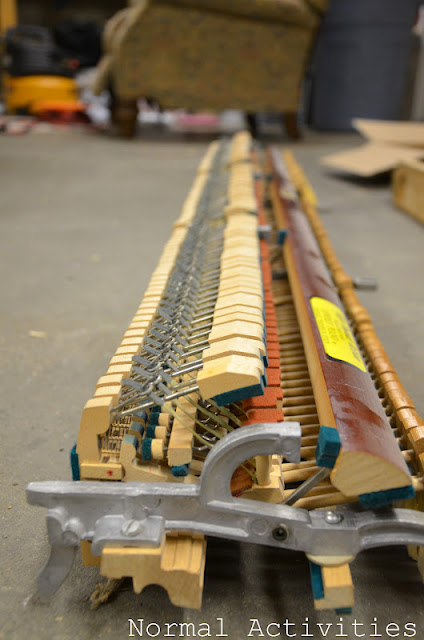 This waranty slip was stapled to the back of the piano - I'm feeling pretty rich since we were able to select the hightest household income:   D - $10,000 and over

ice cream for everybody!! 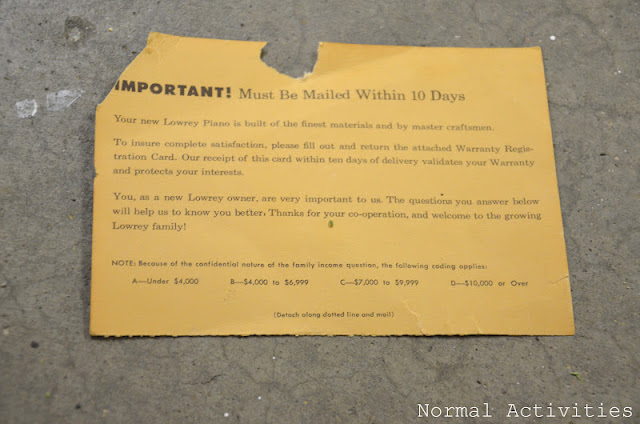 Not only did we have fun taking the piano apart, but we were able to find another piano so I could keep up my skilled playing! Kevin saw an add in the State Farm classifieds and even though this piano was listed for $350 the previous owner ended up giving it to us for just $100 WAHOO! 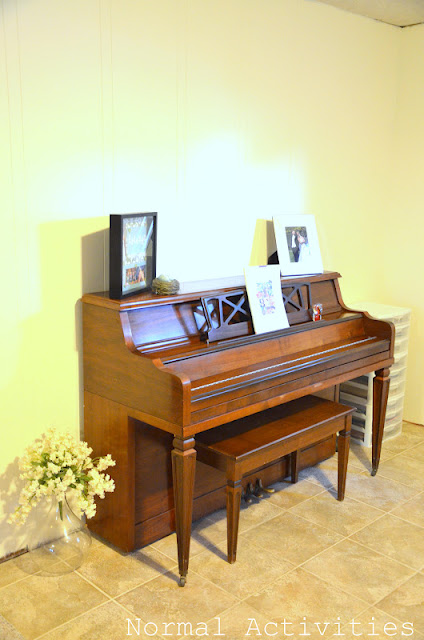 This piano followed the previous owner's grandma from the bar to the church and then was used as a practice piano for the owner's concert piano days. It's a fun story and having someone else's grandma's piano is the next best thing to having your own! 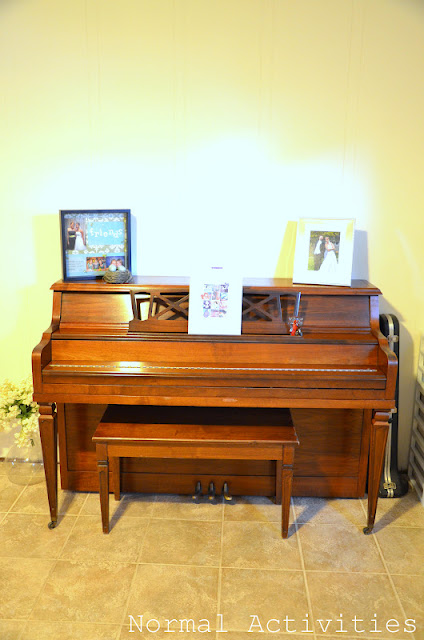 Now to just finish painting the basement...
If only it weren't so easy to get distracted into playing the piano...
Someday it'll get done...
Someday...